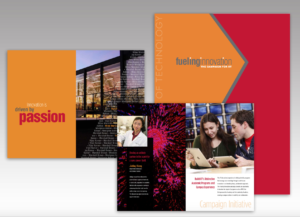 I joined Illinois Tech’s advancement team one year before the end of its $250 million Fueling Innovation fundraising campaign. In that time I was able to draft copy and project manage a series of magazine ads for the campaign. I also composed numerous one pagers and project-managed an eight-figure proposal.